Although many manufacturing jobs are pay well, the industry has been facing a labor shortage. Automated manufacturing systems can help the manufacturing industry attract new employees and retrain existing workers. Understand why there's a skilled blue-collar labor shortage and who's affected along with possible solutions, including automation.

What Are the Reasons Behind Labor Scarcity?

While many skilled labor, blue-collar jobs face a worker shortage, the manufacturing industry has been hit especially hard. A study found that available manufacturing jobs and a lack of skilled workers are creating a widening gap. Even though the unemployment rate has been higher than it was in 2018, manufacturers say it's 36% more difficult to find workers today than it was in 2018. More than three-quarters also said attracting and retaining workers was a challenge.

The manufacturing labor shortage is primarily due to shifting workforce demographics, wages that are too low and changing perceptions about blue-collar labor:

What Fields Are Impacted Most by the Blue-Collar Labor Shortage?

Three industries that have been experiencing major labor shortages include:

What Are Potential Solutions to the Manufacturing Labor Shortage?

Because companies have suffered losses from the manufacturing skilled labor shortage, many have been devising ways to attract new talent to the industry. Potential ways to help resolve the labor shortage and encourage more workers to choose the manufacturing industry include automation, offering multi-generational in-house training programs and reaching out to diverse groups.

Before the rise in technology and automation for manufacturing jobs through artificial intelligence and robotics, people feared that previous skilled blue-collar jobs would be eliminated. The opposite is true — automation has actually created more jobs. Automation can assume many of the manufacturing manual labor roles of the past, allowing employees to then transition to more sophisticated tasks.

Because much of the current manufacturing professionals are retiring, they must now pass their expertise to the next generation. In-house training is crucial due to the disappearance of trade programs in U.S. high schools. Paid apprenticeship programs pose an attractive alternative to a four-year bachelor's degree. Current employees can also advance in their careers by learning highly transferrable skills.

Part of the reason the manufacturing industry is experiencing a labor scarcity is due to the information gap between industry and employee needs. Often, people simply just aren't aware that those jobs exist, are well paid and are in need of workers. Employers should advertise flexible schedules and contact demographics that are traditionally lacking from the industry, such as people of color and women.

How Can Automation Benefit Manufacturing?

Manufacturing companies can use automation to attract younger generations of blue-collar workers. And automation can benefit your company beyond recruiting new employees. Automating the manufacturing process leads to an increase in skilled jobs, improved worker productivity and higher-quality products made with lower operating costs.

Manufacturing automation systems can increase the number of skilled jobs available for workers. For example, staff will need to train new and existing staff to oversee the new technology, which is often a more skilled task.

While automation increases jobs, fewer people are then required to physically attend work to complete tangible tasks. A study discovered that nearly 90% of the work employees in production occupations perform is able to be automated. The workplace becomes a safer and cleaner environment when machines can complete more dangerous jobs for workers.

Around 1900, the average workweek was about 70 hours. Today, that number has dropped to 40 hours, thanks in part to machine automation. Automation and mechanization have greatly reduced the time it takes workers to manufacture products, lowering factory lead times while increasing worker productivity.

A study on manufacturing work in 46 countries, or about 80% of the global workforce, revealed that 64% of working hours in 2015 could have been automated. If workers are retrained to fit the changing industry, they can have more flexible schedules or even choose to have a shorter workweek.

Because automation eliminates the factor of human error, it typically results in higher-quality products. Machines move at a constant speed. They don't tire out and are more accurate than humans. By automating the manufacturing process, workers will more productively make consistently quality products.

Automation also saves manufacturing companies on the cost of labor, as automated equipment can easily cover the jobs of multiple people. Companies can also save on energy bills, as automation uses less energy and more efficiently uses materials than traditional manufacturing processes. Plus, an increase in productivity, speed and product quality also contribute to an increase in revenue.

Why Invest in Industrial Automation for Your Manufacturing Process? 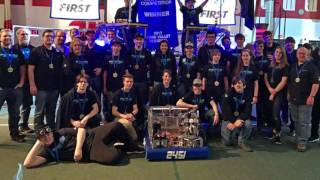